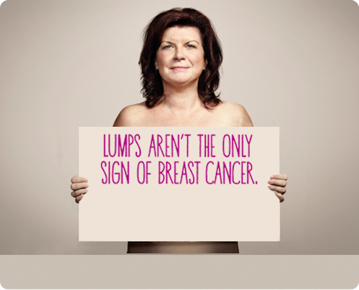 The Scottish Government has launched a new breast awareness campaign as part of its Detect Cancer Early programme. The campaign highlights the importance of early diagnosis and shows examples of signs to look out for.

The concept is bold, with actress Elaine C Smith showing pictures of real breasts demonstrating potential cancer symptoms. The campaign aims to tackle low awareness of the less common signs and symptoms of breast cancer, while reiterating the ‘good news’ message of improved treatment options and survival rates from the initial primer campaign.

The imagery is powerful and highlights the importance of being aware of non-lump breast cancer symptoms, and of the importance of visiting a GP with any concerns. The campaign also tackles the complex interplay between screening and awareness. We know that screening can confer a false sense of security, so the advert clearly states that women should go to their GP with any of the symptoms presented “even if you’ve been for a screening recently”.

The advert closes with a positive message: “Breast cancer is much more treatable these days. And the earlier it’s found, the easier it is to treat.” We hope that this will prove motivating to women, and challenge some of the fear that still surrounds a cancer diagnosis.

Alongside the TV adverts are radio scripts, posters and leaflets, magazine inserts, and a roadshow will travel across Scotland targeting those communities where awareness is at its lowest.
With bowel and lung cancer campaigns to follow, we hope to see increased awareness of cancer signs and symptoms, improved uptake of screening services, and reduced fear and fatalism. This campaign won’t change minds overnight, but we think it, along with the vital work going on behind the scenes to improve access to diagnostic tests and to reduce barriers to swift diagnosis, will help to ensure that more people are diagnosed at a stage where we can treat their cancer successfully.

This article was originally published in the SCPN Newsletter, Volume 3, Issue 4.
Read the full issue here: 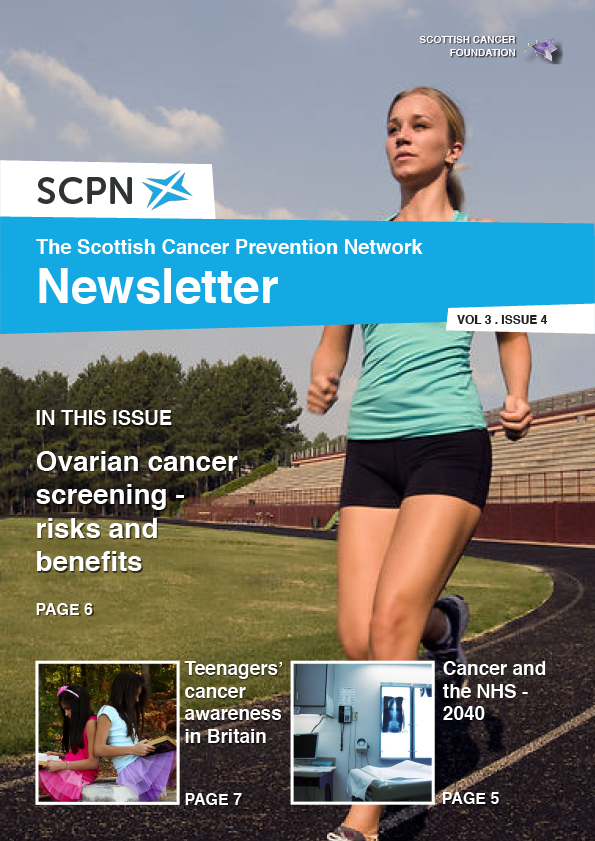 In our Winter 2012 issue, we cover the risks and benefits of ovarian cancer screening, awareness of teenage cancer in Britain, cancer and the NHS in 2040, and more.