The second annual SCPN prize for creative communication was awarded to Callum Reid, who had recently graduated with a degree in Fine Art from Duncan of Jordanstone College of Art and Design. Callum’s work highlighted obesity in society, precisely the innovative communication of behavioural risk which the prize rewards.

His sculpture, entitled simply ‘Obesity,’ was constructed from expanding foam, which is normally used as a building material. Given its organic nature, Callum saw it as a relevant sculpting medium, especially given the themes he was looking to explore. 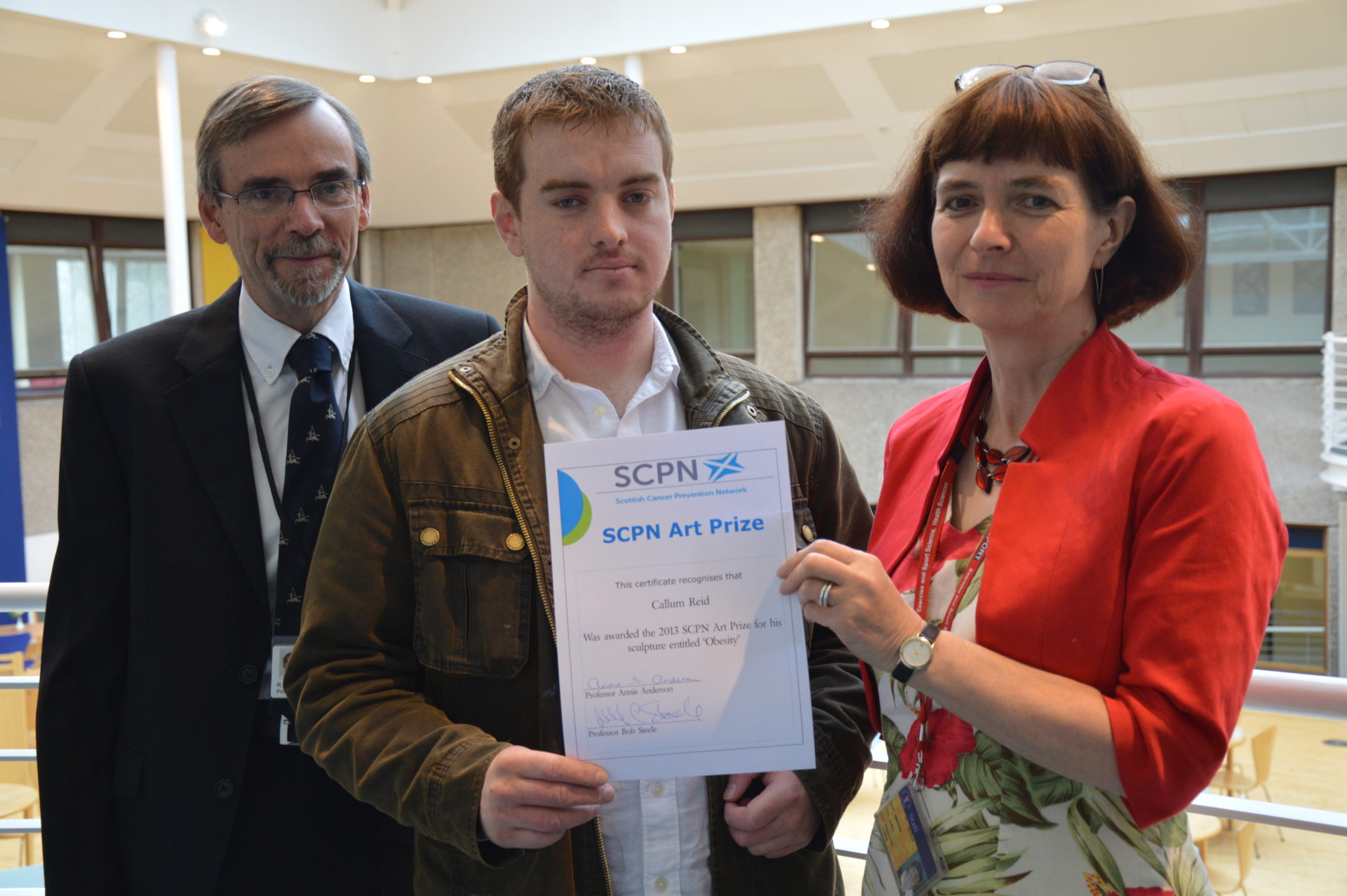 As Callum had a family history of obesity and cancer, he believed that such a poignant subject was especially deserving of reflection. Callum had always had an interest in capturing elements of society which are not widely addressed, using art to demonstrate this. He saw the physicality as a symptom or consequence of excesses, which people are almost pushed into, in a commercially driven society.

The aim of this piece was to translate that physicality in to something very visible which people could relate to, but in which they were unable to ignore the issue, and so would have to deal with it. He felt obesity should be more widely addressed, and focused on day to day life, hoping that his work would act as a platform to address this.

Research into the psychology of obesity led Callum to become a firm believer that obesity is a consequence of cognitive and cultural aspects. He wished to use his art to help stimulate discussion on obesity, believing that a large public platform is the best way to display the piece and to raise questions about the causes and consequences of the condition. He said “Fundamentally, I think art is there to make people think, and to ask the questions, not necessarily to give the answers,” and it is this belief, which made his piece so absorbing.