10 years of bowel screening in Scotland 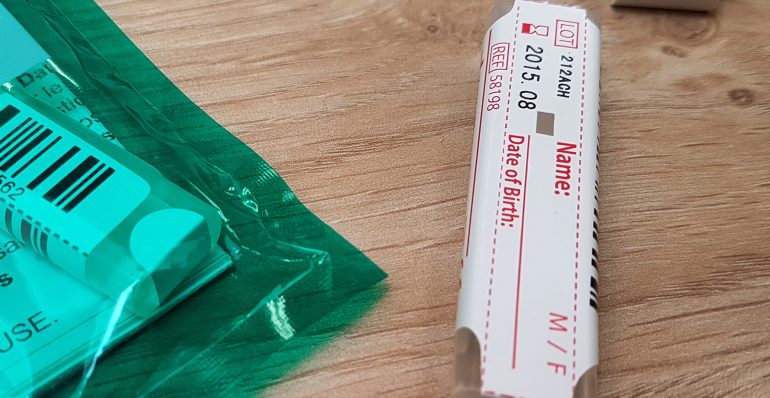 In December 2009 Scotland became the first country in the world to have a fully rolled out Bowel Screening Programme; in other words, that the whole population aged between 50 and 74 were given the opportunity to participate in a programme that had been proven to reduce the risk of dying from bowel cancer.

At that time the programme was based on a test called a guaiac Faecal Occult Blood Test (gFOBT) – a card based test that was able to detect traces of blood in faeces. Although proven to be effective, this test had three main disadvantages. Firstly, it required the participant to provide three samples from separate bowel motions. Secondly, the process of collecting the samples was less than ideal and, thirdly, the test was not specific for human haemoglobin so that false positive tests could result from a diet rich in animal meat and certain other food stuffs. Because of these disadvantages a great deal of research has gone into alternative tests and, as a result, in November 2017 the programme changed to using a Faecal Immunochemical Test (FIT). This test has several advantages. Only one sample is required and the collection device is considerably easier to use and more hygienic than the previous test. Because it is immunological it is specific for human haemoglobin and false positive tests are therefore less likely.Most excitingly, however, the test result is not “all or none” as was the previous test but rather it is quantitative i.e. it gives an estimate of the concentration of blood in faeces. This affords the opportunity
to make the test more sensitive for blood and indeed the threshold that has been used in the Scottish programme produces a positive result in about 3% of the tested population as opposed to 2% with gFOBT.

This has resulted in a 35% increase in the numbers of cancers detected by the screening process and this is likely to translate to improved survival. However, the screening programme not only picks up cancers it also  picks up adenomas. These are the precursors of bowel cancer, and removing them at the time of colonoscopy for a positive test result prevents bowel cancer from developing. Already we are seeing a reduction in the incidence of bowel cancer in Scotland associated with gFOBT screening, and with the new FIT test, which has resulted in a 100% increase in the number of adenomas detected, we should see an even greater drop in the number of people developing bowel cancer.

Another major impact of the introduction of FIT has been an increase in uptake of the invitation to be screened. This has increased from 56% to 64% of the population offered the test, which means that the impact both on survival and incidence is likely to be even greater.

This does come at a cost, however. The increased positivity and the increased uptake have resulted in a big rise in the demand for colonoscopy and most of the Scottish NHS Boards have found this particularly challenging. However, there is a will both from Scottish Government and from the clinical community to optimise our Bowel Screening Programme, and in coming years we shall see every effort being made to deliver the programme so that the maximum number of people in Scotland can benefit.

As the Clinical Director of the Scottish Bowel Screening Programme I should like to pay tribute to the team that has developed, modified and implemented the Programme over the years. It is one of the most significant Public Health interventions we have seen in recent times, and without all the dedicated hard work from NHS National Services Scotland, NHS Health Scotland, Public Health, the Bowel Screening Laboratory,Endoscopy Units across the country, and, of course, Scottish Government, it could not have happened.