Alcohol and LGBT life in Scotland 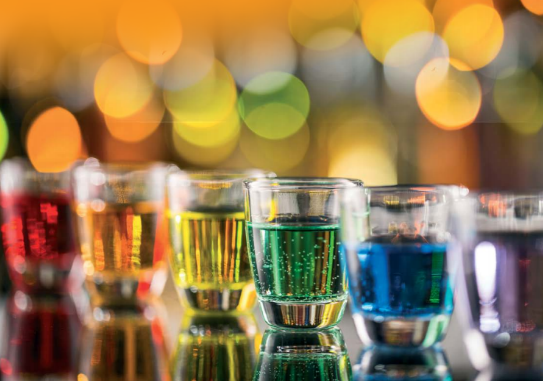 The study found that many LGBT people described drinking heavily when they first ‘came out’ and encountered the commercial gay scene, and that there was an expectation they would continue to drink more heavily on this scene than in other contexts as they aged.

The research suggested that future work should focus on how alcohol companies are marketing their products to the LGBT community both locally in venues, and nationally and internationally using social and traditional media.

As within Scottish society as a whole, it is important to provide an awareness of alternatives to the automatic assumption that heavy drinking is the norm and to highlight the possibility of changing drinking cultures. Dramatic changes in smoking culture have resulted from national legislation. Similar dramatic health gains may be achieved around alcohol by actions on pricing and restrictions on alcohol marketing and availability.

Lead researcher Dr Carol Emslie, said: “Drinking is central to the commercial gay scene and the alcohol industry is increasingly marketing their products directly to LGBT consumers. We need to make sure there are more places in Scotland where LGBT people can meet to socialise without alcohol, as well as working towards a culture where all groups in society find it acceptable to drink moderately, or indeed to choose not to drink at all.”

Eric Carlin, Director of SHAAP, said: “LGBT people are as susceptible to getting into problems with alcohol as anyone else. However, this study shows that many LGBT people still feel stigmatised and support services can feel intimidating. Hopefully, this report will provide useful insights to reduce barriers to LGBT people accessing support.”

In our first issue of 2016, an update from Obesity Action Scotland on sugar, the benefits of Dryathlon and the confessions of a pedestrian, as well as the usual breakdown of cancer prevention research and news from the Scottish Cancer Prevention Network.