Cancer and lifestyle-research round up 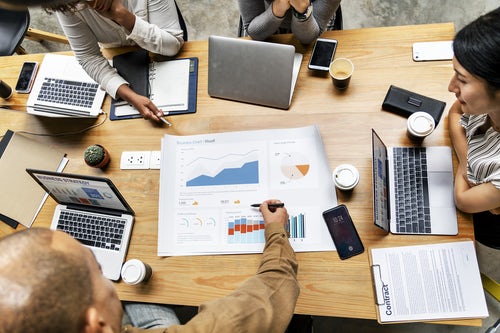 Evidence suggests being sedentary has negative implications on physical and mental health and The World Cancer Research Fund Report states that long periods of uninterrupted sitting increases the risk of weight-gain and therefore cancer risk. Adults within the UK are becoming more sedentary, which can increase the risk of all-cause mortality including some cancers. Awareness of the economic burden of sedentary behaviour could inform and motivate policymakers to address the increasing burden.
To determine the cost of sitting on the National Health Service (NHS), this study has calculated the population attributable fraction (PAF) for five health outcomes including colon, endometrial and lung cancers over the period of a year (2016- 2017). The authors of the study used recent meta-analyses to extract the relative risk of sedentary behaviour for each health outcome and used The Health Survey Data for England 2012 to determine actual sedentary behaviour.
The authors found the total NHS costs attributable to prolonged sedentary behaviour in the UK in 2016–2017 were £0.8 billion, which included expenditure on CVD (£424 million), type 2 diabetes (£281 million), colon cancer (£30 million), lung cancer (£19 million) and endometrial cancer (£7 million). After adjustment for potential double-counting, the estimated total was £0.7 billion. If prolonged sedentary behaviour was eliminated, 69,276 UK deaths might have been avoided in 2016.

There is convincing evidence that obesity increases the risk of 13 cancers, and exposure during early life may influence cancer development. The obesity epidemic is leading to many younger people being exposed to excess adiposity for a longer duration than previous generations. The authors have previously reported that increased incidence of early onset colorectal cancer, in high income countries, could be in part reflected by the obesity epidemic [1]. The current study further expands that work utilising 20 years of incidence data for 30 common invasive cancers among people aged 25-84 years, diagnosed between 1995 and 2014.
These data were obtained from the Cancer in North America Database from Central Registry data bases in 25 American States, covering 67% of the US population. This study reports that incidence significantly increased for 6 out of 12 obesity related cancers (multiple myeloma, colorectal, uterine corpus [endometrial], gallbladder, kidney, and pancreatic cancer) in young adults with steeper rises in successively younger generations. Annual increases ranged from 1·44% (95% CI –0·60 to 3·53) for multiple myeloma to 6·23% (5·32–7·14) for kidney cancer at age 25–29 years, and ranged from 0·37% (0·03–0·72) for uterine corpus cancer to 2·95% (2·74–3·16) for kidney cancer at age 45–49 years. Conversely, incidence increased in successively younger generations for two cancers (gastric noncardia and leukaemia), and decreased in eight of the 18 additional cancers studied, including smoking and HIV infection associated cancers.
The authors conclude that in the USA the risk of developing an obesity-related cancer is increasing in successively younger birth cohorts. Given the rise in prevalence of obesity among younger generations the future burden of obesity related cancers is likely to increase.

Breast cancer is the most frequently diagnosed cancer in women worldwide. Although advances in prevention, diagnosis and treatment have led to improving survival rates the disease is often associated with long term psychological distress, fatigue, pain and impaired quality of life. This Cochrane Review reports results from 24 studies (n=2166) which assessed the effects of yoga on health-related quality of life and cancer-related symptoms among women with breast cancer who were receiving or had completed treatment.
The authors found moderate-quality evidence that supports the recommendation of yoga as a supportive intervention for improving health-related quality of life and reducing fatigue and sleep disturbance when compared to no therapy. Yoga as a supportive intervention was also shown to reduce depression, anxiety and fatigue when compared to psychosocial/educational interventions. Very low-quality evidence suggests that yoga might be as effective as other exercise interventions and might be used as an alternative to other exercise programmes.