Children and Young People with Cancer in Scotland 2007-2016

Figures 1 and 2 show the mean number of cancer diagnoses per year by age and type of cancer. It  shows that cancers differ not only in how common they are, but also in the typical age of  diagnosis. Between 2007-2016 nearly a third (31%) of the cancers in children were Leukaemias, and just over a quarter (27%) were  brain and central nervous system (CNS) tumours. While Leukaemias peak at ages 2-3, brain and CNS tumours decline in diagnosis from birth. Among young people, the most common diagnoses were carcinomas (21%); lymphomas (18%); and melanomas and skin cancers (16%). 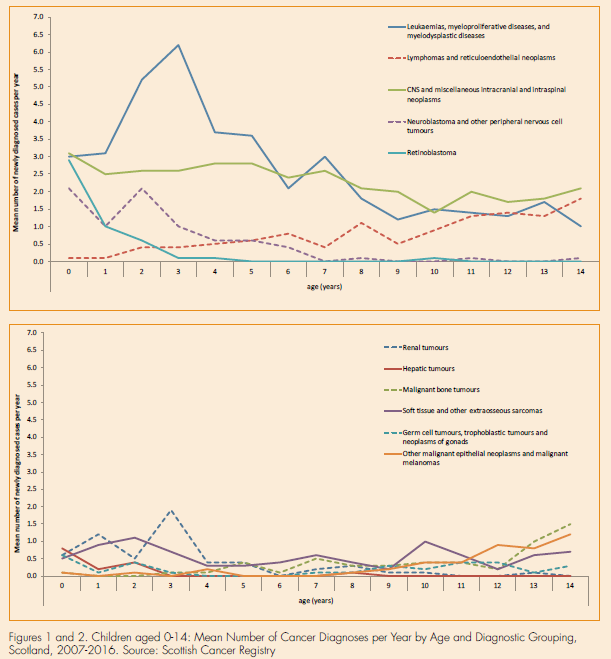 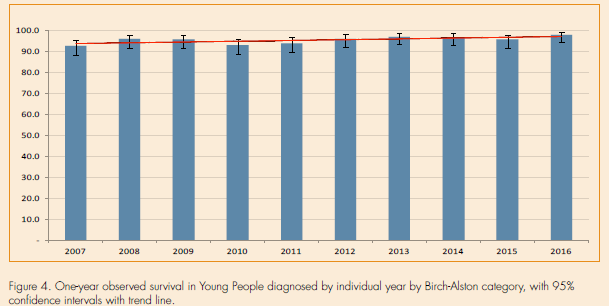 Generally, there are no clear trends in mortality for children or young people over time. Notably,  the numbers of deaths from cancer among children and young people are small. In the ten year period  2007-2016, 191 children and 248 young people died of cancer in Scotland.

Our publication uses data shared by patients and collected by the NHS as part of their care and support.