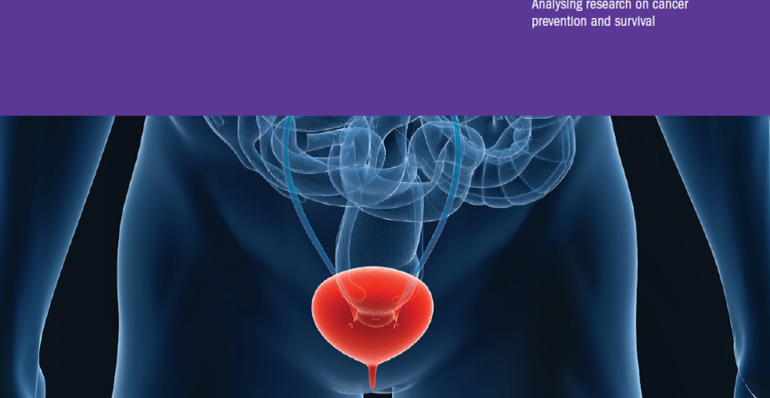 Bladder cancer is the ninth commonest cancer worldwide and almost half a million people were diagnosed with it globally in 2012. Men are over four times more likely than women to develop bladder cancer, and, as with most cancers, it is more common in older adults. The highest incidence rates are seen in North America and Europe and 5 year survival rates are 76% in the US and 68% in Europe.

Established causes of bladder cancer include smoking (smokers are up to six times more likely to be diagnosed with bladder cancer than people who have never smoked), infection from parasitic worms notably in Africa and the Middle East and occupational exposure to metalworking fluids (sheet metalworkers and machine operators) aromatic amines and polyaromatic hydrocarbons (chemicals used in the plastic and chemical industries).

The CUP report however focuses on the associations between bladder cancer risk and diet, nutrition and physical activity. The report concludes there is strong evidence that drinking water containing arsenic increases the risk of bladder cancer and limited evidence that greater consumption of vegetables, fruit and tea decreases the risk of bladder cancer. These later findings on consuming tea and vegetables and fruit are new as no conclusion on them was possible in their 2007 Second Expert Report [1].

Arsenic contamination of drinking water can result of natural deposits present in the earth or from agricultural and industrial practices. Countries particularly affected by arsenic in drinking water include Bangladesh, India, Cambodia, Argentina, Chile and Mexico. WCRF have also published a blog on arsenic and drinking water.