The European Code Against Cancer turns 30: Awareness of cancer prevention is growing … yet more needs to be done!

The 30th anniversary of the first edition of the European Code Against Cancer (ECAC) is celebrated today with encouraging news that awareness of cancer prevention is on the rise.  According to a recent online survey by the Association of the European Cancer Leagues (ECL), 82% of people understand that they can reduce their risk of getting cancer in the future by making changes to their lifestyle.  This an increase on the result of the previous survey (performed in 2015*) when 78% of people believed cancer could be prevented through making lifestyle changes.

The survey, based on a total sample of 8,171 people (aged 18+) in Finland, France, Hungary, Portugal, Republic of Ireland, Spain, and the United Kingdom, reported that 13% of people had previously heard of ECAC.  The response to the same question 2015 had been 10%, demonstrating that progress is being made in promoting ECAC. 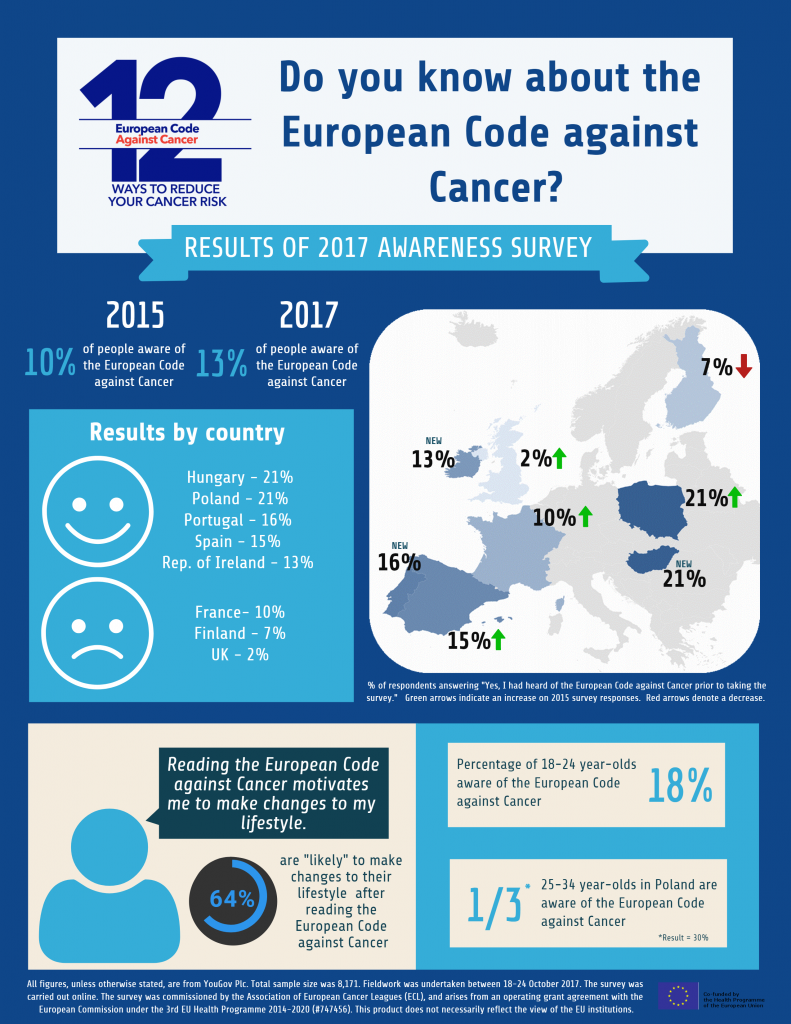 To celebrate the 30th anniversary, ECL’s Youth Ambassador group have posted a video with 12 messages of the ECAC recited in the 12 different languages of the ambassadors involved.   The video is freely available to share on social media, so please share and support the promotion of the European Code against Cancer!

The video is available on ECL’s Facebook page; and Vimeo page: https://tinyurl.com/y76nyx7r.