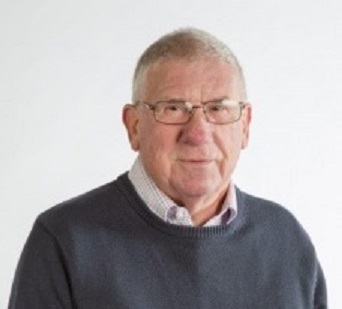 We asked Professor Callum G Fraser to share his expert insight on the recently rolled out Faecal Immunochemical Test (FIT). Callum set up the laboratory for the Scottish arm of the UK Colorectal Cancer Screening pilot and continued to direct the Scottish Bowel Screening Centre Laboratory until pilot screening rounds evolved to a fully rolled out programme. He continues to participate in research on uses of FIT. He was a Founding Member of the Expert Working Group on FIT, Colorectal Cancer Screening Committee, World Endoscopy Organization. He has authored many publications on faecal testing. FOBT is the acronym for Faecal Occult Blood Test, a test for the presence of “hidden” blood in faeces.

Traditional gFOBT were based on detection of peroxidase activity, a property of the haem component of haemoglobin, as blue colour developing when peroxide was added to the faecal samples on the guaiac containing test card. Randomised controlled trials showed that these could be used very successfully in bowel screening. The newer FIT tests detect even smaller amounts of haemoglobin using antibodies specific to the globin component and have many superior performance characteristics which improve bowel screening.

1. The new FIT only requires one faecal sample, but the older traditional FOBT used two samples from each of three faeces: are we decreasing the chances of picking up any intermittent bleeding?

The use of one sample for FIT versus two or three samples has been studied in depth. In fact, there seems little benefit in collecting two or three samples, although clinical sensitivity is increased somewhat. At low faecal haemoglobin concentration cut-offs, FIT detects smaller amounts of blood than traditional gFOBT and this might explain the much  improved screening performance of one sample FIT over gFOBT. FIT has many positive attributes, including that the use of one only  specimen collection device increases participation, especially in the “hard to reach” groups. Most FIT-based screening programmes use one only sample. And more tests per participant are more costly!

2. Are we sure that the cut-off for detecting blood in the faeces is the right one?

Deciding the faecal haemoglobin concentration cut-off(s) to apply in asymptomatic population bowel screening is difficult. As the cut-off is increased, the detection rate of cancer and higher-risk adenoma falls, while the positive predictive value and interval cancer proportion rise. Most importantly, the positivity rate and, in consequence, the colonoscopy demand fall. Many programmes, including those in Scotland, New Zealand, Ireland and The Netherlands, decide the cut-off based on the availability of colonoscopy. As colonoscopy capacity increases, and referrals to secondary care fall due to use of FIT in assessment of patients presenting in primary care with symptoms, the cut-off used in screening can be decreased, making for an investigation that detects more colorectal disease.

3. Are the new tests significantly more costly than the old FOBT and how can this be justified?

Although the cost of the one FIT test is higher than one gFOBT card, the test itself is a small fraction of the overall cost of a screening programme. A thorough cost benefit analysis was done as part of the positive case for the introduction of FIT as a first-line test in Scotland.

4. How soon do you think FIT will be superseded by newer, more sophisticated technology for population screening purposes?

There are many emerging possibilities involving identifying alterations in genetic, epigenetic, protein and volatile organic markers. There is a “multi-target” test involving detection of a number of faecal biomarkers, including hemoglobin, which is now marketed quite successfully in the US. There are also a number of “blood tests”, either available now or in research, but these seem rather poor at detecting early cancers. These faecal and blood tests are relatively costly and seem unlikely to be widely used in population-based screening in resource limited countries for some considerable time.

5. How long does the test last? If I wait six months to complete and return it, will it still work?

Usually, yes. A participant’s test cycle is based on the “use by” date, which is on the label of the FIT specimen collection device. A participant who returns a kit after that date is sent a letter explaining that the device has expired and a new FIT invitation is issued. Of course, in  Scotland, reminders are posted six weeks after initial invitation if the specimen collection device has not been returned.