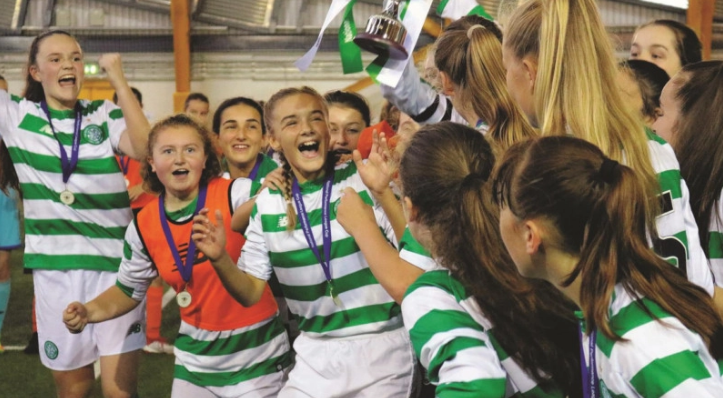 On March 7th, 2019 the Scottish Women’s Football (SWF) launched their newest sponsorship agreement with Scottish Health Action on Alcohol Problems (SHAAP). The National Performance League, the elite level for girls’ football in Scotland, will now be sponsored by Scottish Health Action on Alcohol Problems (SHAAP). SWF becomes the first ever sporting organisation sponsored by SHAAP and the first ever Scottish football organisation to be sponsored by an organisation aimed at tackling and solving alcohol problems. The sponsorship agreement is in place for the 2019 and 2020 seasons.
The sponsorship comes after SWF stated in 2016 that they would never accept sponsorship from gambling and alcohol companies. This partnership is significant for a number of reasons, including the fact that SHAAP is the first sponsor of the SWF youth game, it’s also historic that SWF and SHAAP’s partnership is the first Scottish football sponsorship specifically aimed at tackling Scotland’s alcohol problems. Fiona McIntyre, Executive Officer for Scottish Women’s Football, said: “We are delighted to be working
with SHAAP. We have had a strong stance regarding alcohol sponsorship for a number of years now. Not only do we feel this is socially responsible as an organisation but we feel our stance has been financially justified and supported by the sponsors we have attracted to the
game in recent years.”
Dr. Peter Rice, Chair of SHAAP, cited further good news: “Another benefit to this sponsorship is that SHAAP will have the opportunity to research perceptions of alcohol use with those involved in the National Performance League, including the benefit of regular sporting activity. We are very excited about this partnership and look forward to publicising the findings of our research.”

You can read more about this partnership in The Scotsman article published on April 25, 2019: