Media reporting on illicit tobacco not the real deal 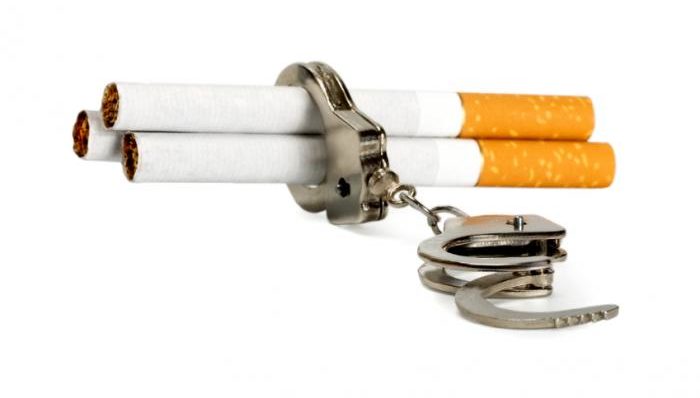 Illicit tobacco is one of those subjects (like e-cigarettes) where the quantity of the media coverage is not always matched by the quality.

To be fair to hard-pressed journalists, it is hard to resist a succession of helpful PR companies providing them with ready-made news stories which can support dramatic headlines on the “booming” illicit trade, corner shops closing, “unhealthy” fake fags and international crime networks.

At the same time leaked documents have revealed details of tobacco industry plans to use the media to scaremonger over illicit tobacco as part of their effort to oppose plain, standardised packaging for tobacco.

Those seeking an unbiased estimate of the scale and trends in illicit tobacco should use the annual figures from Her Majesty’s Revenue and Customs (HMRC), which is as close as we’re going to get to an expert, unbiased voice. So we’re always keen to see the annual “Tax Gaps” report from HMRC, and the 2014-15 figures were published recently.

Anyone who had been following the tobacco-industry sourced media stories must have found the figures a bit surprising. So let’s set them out clearly:

These figures indicate that the illicit tobacco market is at historically low levels – in 2000/2001 HMRC estimates were that 22% of cigarettes and 61% of hand-rolling tobacco was illicit. The decline in overall volume since then has been 76% in illicit cigarette sticks and 33% in illicit hand-rolling tobacco. Could any unbiased observer conclude that these figures are “booming”?

This is not to play down the importance of illicit tobacco, which brings criminal elements into communities, bypasses health regulations we have worked long and hard to achieve and deprives the Exchequer of much-needed tax revenue.

Nor is it to say that everything’s in hand – the reduction in illicit tobacco is the planned and deliberate result of robust enforcement measures, including restrictions on the tobacco companies themselves. To keep the lid on illicit tobacco we need to ensure that robust enforcement is not hampered by budget cuts and austerity. And we need to generate a community discussion, to lower the demand for the product, with NHS Greater Glasgow and Clyde having created useful tools to support that.

What it does mean is that the idea of a “booming illicit trade” at the centre of tobacco company campaigns against public health measures is, appropriately enough, not the real deal.

In our first issue of 2016, an update from Obesity Action Scotland on sugar, the benefits of Dryathlon and the confessions of a pedestrian, as well as the usual breakdown of cancer prevention research and news from the Scottish Cancer Prevention Network.