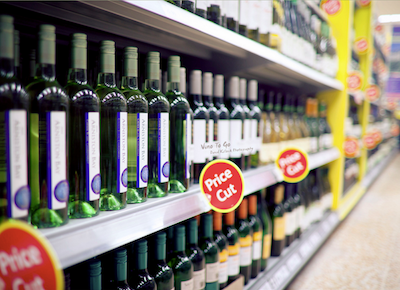 At the end of May, the Scottish Government passed a Bill that proposes to save hundreds of lives each year. The Alcohol Minimum Pricing Bill was passed and is set to introduce a minimum price of 50p per unit to certain alcohol.1 The Bill is set to target products that are low cost in relation to the content of alcohol.1

This would lead to some alcoholic drinks increasing in price substantially. For example, Tesco Value Vodka would increase from £8.72 to £13.13, and Tesco Strong Cider increasing from just £1.80 to £4.67.2

It has gained general support from the British Medical Association, alcohol charities and the police, and aims to change Scotland’s relationship with alcohol. Sales per capita are 23% higher in Scotland compared to England and Wales.3 As part of the wider framework for action, the overall aim is to achieve social and cultural change.4

The University also published an independent review into the effects of alcohol pricing and promotion and found that an increase in price on alcohol was linked with an associated decrease in chronic and acute health problems such as cancer, strokes and accidents. Excessive alcohol consumption is said to cost us £3.6 billion per year, which equates to £900 per adult living in Scotland.

The Bill is proposed to come into force at the earliest date of April 2013.1

This article was originally published in the SCPN Newsletter Volume 3, Issue 3.
Read the full issue here: