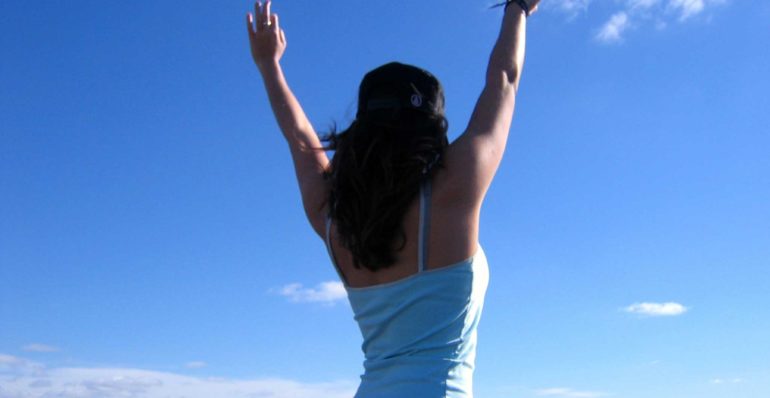 The recent decisive ruling in the Supreme Court in favour of the Scottish Government and against Imperial Tobacco and the failure of its vending machine subsidiary Sinclair Collis to pursue its legal case further after two defeats in the Scottish courts bodes well. This ruling clears the way for the implementation of delayed tobacco point of sale display restrictions in larger retail premises and a ban on the sale of tobacco from self-service vending machines from April next year.

Also in 2013 the Scottish Government will publish its new, comprehensive tobacco strategy for the next five years. There has already been some media coverage of the stated intention to commit to a smoke-free future as Finland and New Zealand have already done – the latter by 2025. Aiming for an adult smoking rate of 5% or less in roughly a generation is an ambitious but an achievable target. It depends on effectively helping the 69% of adult smokers who say they want to be smoke-free to achieve their ambitions, and preventing the next generation from becoming addicted to tobacco.

Tobacco is a product that is sold on image and branding. In blind taste tests, most smokers can’t tell the difference between brands of cigarette. The industry is selling a dream, which for many becomes a solid nightmare. And the industry itself remains a pervasive and malignant influence in our society. It works through lawyers, lobbyists and funded front groups like FOREST and the Tobacco Manufacturer’s Association in a perpetual game of smoke and mirrors. It seeks to throw attention on its customers, smokers, and away from the lethal and addictive product it continues to peddle. A product which is unlike anything else that can be bought over the counter in that when used as the manufacturers intend, it reliably kills one in two of its long-term consumers.

Fiscally, tobacco remains a drain on both the national economy and on individual household budgets. As well as the monetary costs to Scotland in terms of NHS treatments, there are direct costs from fires, litter, costs to business from absence due to ill health and the costs of secondary damage to health from breathing tobacco smoke. In human terms, the costs of lives and families damaged by heart disease, strokes, cancer and lung disease are incalculable.
Tobacco is an epidemic – one that claims more than 13,000 lives every year in Scotland. From existing research, we know the damage that pre-natal exposure to tobacco smoke does in physical and mental terms, and the evidence about the harmfulness of breathing tobacco smoke also continues to mount. Emerging research is also starting to point towards the epigenetics of tobacco use, where the substance switches genetic triggers that may adversely affect not just the next generation but our grand-children too. I believe it is time to examine closely the role of tobacco as a determinant of health inequalities in our society.

As we move into 2013, I’m proud of the continuing commitment I see to putting tobacco out of fashion and creating a future in which our children can breathe fresh air.

This article, written by Sheila Duffy, was originally published in Volume 4, Issue 1 of the SCPN Newsletter.
Read the full issue here: 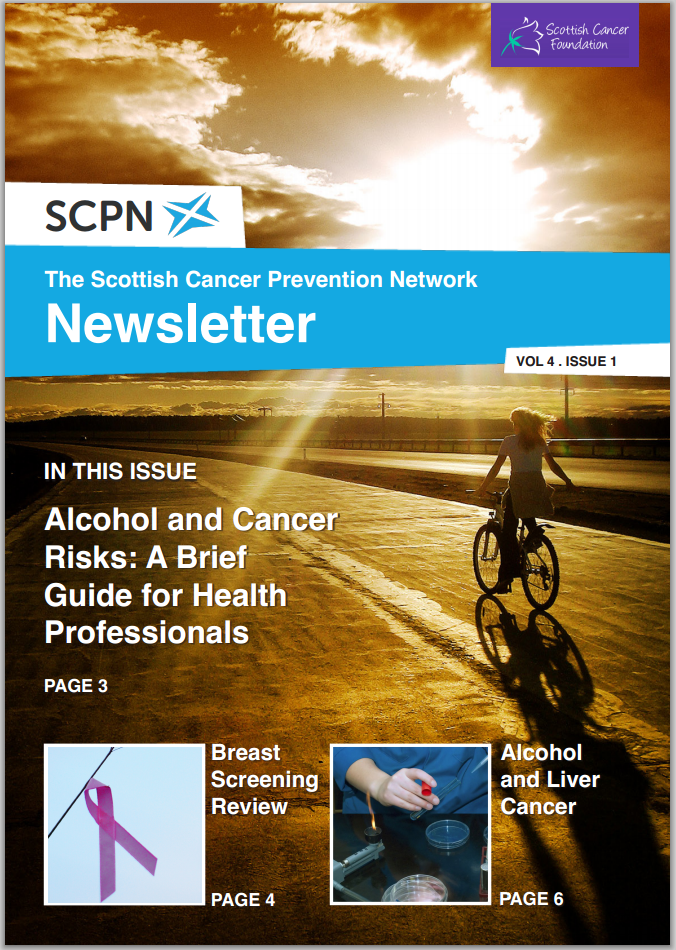 In our Spring 2013 issue, we share a brief guide for health professionals regarding alcohol and cancer risks, review breast screening efforts, explore the links between alcohol and liver cancer, and more.