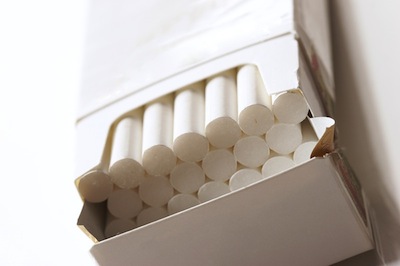 On this year’s World No Tobacco Day1 which took as a theme ending tobacco industry interference, Anne Jones, the Chief Executive of ASH Australia, came to Scotland at the invitation of the International Union Against Tuberculosis and Lung Disease to launch its FCTC Article 5.3 toolkit2. The toolkit offers guidance to Governments on protecting health policies against tobacco industry interference, in line with the international Framework Convention on Tobacco Control3. Also launched on WNTD was a wiki produced by the University of Bath – Tobacco Tactics4 – which monitors and publishes the tobacco industry’s actual interference tactics in the UK.

Australia’s courageous Government leadership drove through world-leading legislation5 which will require standardised packaging for tobacco products from 1 December this year. Plain or standard packaging keeps text and health warnings, but colours and fonts are prescribed and the glitzy pack designs we see aimed at young people become drab, sludge coloured boxes. Australia’s law was passed in line with the evidence that standardised packaging is less appealing to young people, less misleading to consumers, and enhances health warnings on packs.

Predictably, the tobacco industry has mobilised massive resources against Australia. Despite its relatively small market of 3 million smokers, these have included various legal challenges at national and international levels and a flood of freedom of information requests.

Initial inspiration for end-game thinking in Australia came from New Zealand, where the Maori party driven by high tobacco use that was devastating its communities, pushed for an aspirational 2025 target. This was to be achieved by strategic comprehensive tobacco control measures to reduce use including:

Australia also committed to a strategic and comprehensive package of tobacco control measures, backed by a national drive to protect children from tobacco.

In Scotland, our new national tobacco strategy is currently in draft, expected to be published late this year or early 2013. There are welcome indications that Scotland’s Government, like Australia’s, plans to be active and comprehensive in tackling tobacco as we go forward.

There is also currently a UK consultation6 on plain packaging for tobacco underway, jointly run by the Westminster Department of Health and the Scottish Government and supported by a systematic evidence review7 by the Public Health Research Consortium. As in Australia, the tobacco industry is doing everything it can to interfere with and disrupt these proposals, including running industry-funded postcard campaigns and petitions through retailer outlets, paying marketers to collect signatures against plain packaging, and running a sustained campaign of misinformation in the retail press and wider media.

The consultation on standardised tobacco packaging runs to 10 July 2012, and needs both organisational and individual support. Sign up here now to show your support for plain packaging for tobacco in the UK.

This article was originally published in the SCPN Newsletter Volume 3, Issue 3.
Read the full issue here: