An Evaluation of the Smoking Cessation Quit4u Pilot 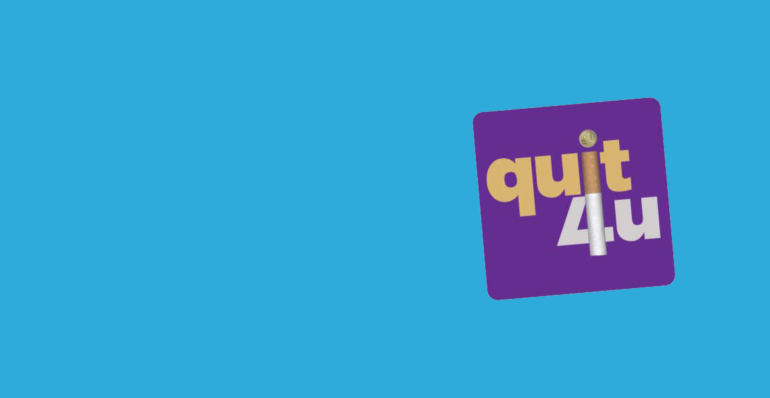 Quit4u is an innovative smoking cessation service which was commissioned by the Scottish Government and developed by NHS Tayside.  The intervention was targeted at smokers in deprived areas of Dundee and has subsequently been implemented in disadvantaged areas of Angus and Perth & Kinross.  The intervention, which was launched as a pilot in Dundee in March 2009, combines a ‘whole package’ of supports for people wanting to quit smoking.  In addition to behavioural support (through groups or a pharmacy) and pharmacotherapy, quit4u offers a payment of £12.50, in the form of grocery vouchers, for every week participants are ‘smoke free’, up to a maximum of 12-weeks.  Weekly carbon monoxide (CO) tests monitor whether or not someone has smoked over the previous week.

NHS Health Scotland commissioned a three year evaluation of the intervention which was undertaken by ScotCen Social Research in partnership with the University of Edinburgh and University of Aberdeen.1

The three-year evaluation aimed to:

More in-depth data on experiences of quit4u was obtained through in-depth interviews and focus group discussions with participants, a 12 month, small scale follow up survey of 130 recruits as well as interviews with service planners and professionals involved in delivery. 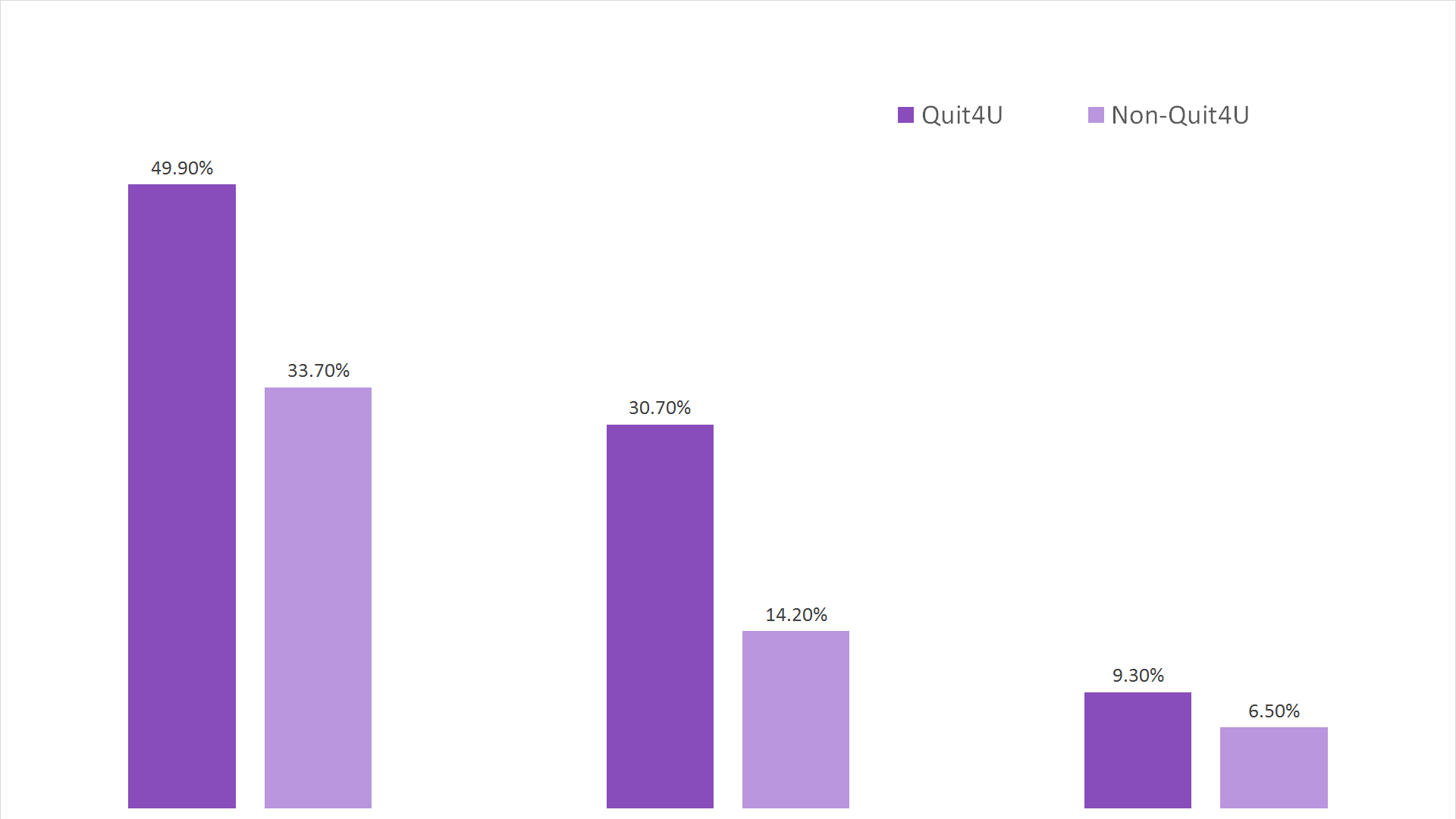 It is also noticeable that Quit4u had lower levels of ‘lost to follow-up’.  This reflects greater continued contact between the service and clients, which in turn is likely to have improved quit rates.  This does though mean that there is some uncertainty about the exact size of the difference in effectiveness between quit4u and non-quit4u smoking cessation services because it cannot be assumed that all cases ‘lost to follow-up’ are failed quits attempts.

What makes the difference?

The type and quality of behavioural support available to people:

Around 44% of Quit4U attempts were made with group support, compared with 18% of non-quit4u attempts. Although the differences between quit4u and non-quit4u quit rates3 4 5 were less pronounced for those obtaining support through groups compared with those attending pharmacy services, in general group support tends to be associated with higher quit rates.

Quit4u also makes use of rolling groups which people can join and continue attending for as long as they feel it is useful. Quit4u participants found this of benefit, providing them with an opportunity to learn from others at different stages of their quit attempts.

The weekly CO testing in groups and in pharmacies was identified by participants as an important motivator in encouraging them to continue with their quit attempt. In addition, the CO testing may have helped to provide an additional focus for encouragement and support.

Around one-third of quit4u participants interviewed for the small scale survey felt that the financial incentive encouraged them to sign up to the scheme.

The geographical focus of quit4u encouraged people to sign up with people they knew, providing an opportunity for support from friendship and kinship groups.

The evaluation shows that quit4u is both an effective and a highly cost-effective model for encouraging people living in areas of deprivation to attempt to quit smoking.

While the financial element has a role to play for at least some people, what emerges from the evaluation is the importance of the ‘whole package’ – the combination of elements which together encourage people to sign up and stay engaged with the service.

This article, written by Paul Ballard & Andrew Radley, NHS Tayside, was originally published in Volume 3, Issue 3 of the SCPN Newsletter.