“Vitamin D is known to be low in the general population” stated the Chief Medical Officer for Scotland recently. To improve matter, health professionals have been issued with a new advisory leaflet regarding vitamin D recommendations and are advised to explain the role of vitamin D to all at-risk patients and carers, namely pregnant women, breastfeeding women, babies and young children.

Sunlight makes an important contribution to vitamin D levels. However, various discrepancies arise as to determining safe levels of sun exposure. Whilst there is plenty of evidence that increased sun exposure poses as a higher risk for skin cancer, namely melanoma, squamous cell carcinoma and basal cell carcinoma, a significant lack of evidence is still present as to the amount of sun exposure required to produce enough vitamin D to meet recommendations.

Consequently, it is revealed that safe exposure to sunlight in Scotland is likely to be no more than 10-15 minutes a day for fairer skinned people. Although safe levels will be dependent on skin type this message clearly underlines advice that care must still be taken over vitamin D recommendations from sun exposure. Advice should also be tailored to suit individual needs, considering that risk for all skin cancers and ability to produce vitamin D from sunlight varies with ‘age, skin type, time spent indoors, skin cover, latitude and weather,’

High risk groups for vitamin D deficiency were identified as:

These groups are at higher risk of deficiency and should uptake a daily vitamin D supplement consisting of 7 to 10 micrograms a day.

This article was originally published in the SCPN Newsletter, Volume 2, Issue 4.
Read the full issue here: 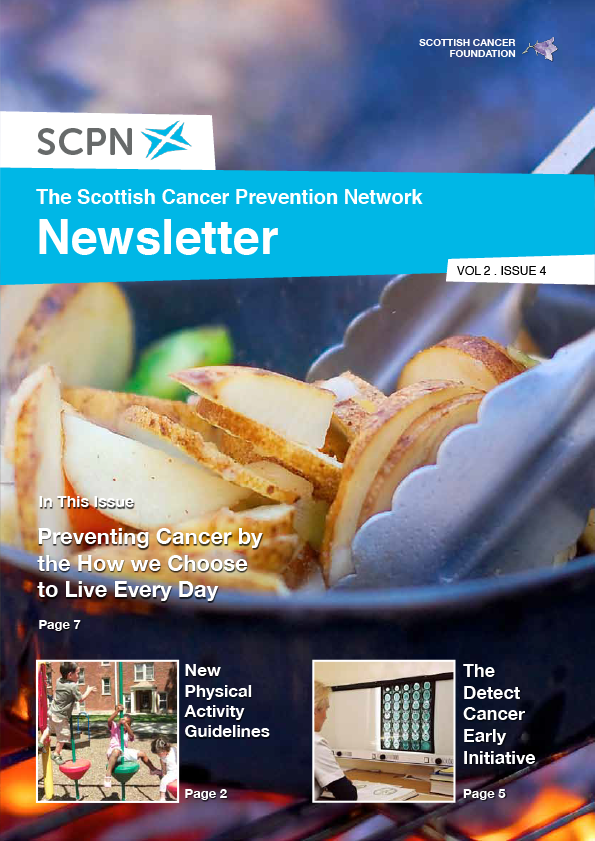 In this issue, we cover cancer prevention in 'How we Choose to Live Every Day,' the new UK physical activity guidelines, news from the 'Detect Cancer Early' initiative and more.