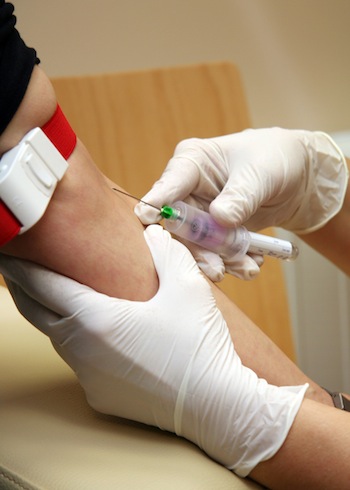 Men living in deprived areas now suffer from higher levels of bowel cancer than those from more affluent areas Glasgow academics found. Research published in the British Journal of Cancer shows that bowel cancer rates are falling among men from the most affluent area in the West of Scotland but have remained steady among the more deprived and in women.

According to Mr Raymond Oliphant, a Clinical Research Fellow at the West of Scotland Cancer Surveillance Unit (WoSCSU) at Glasgow University, there is a large and widening gap in bowel cancer rates between rich and poor men. Mr Oliphant, a surgical registrar in the West of Scotland, worked alongside Dr David Morrison, Director of WoSCSU and Dr David Brewster of the Scottish Cancer Registry.

The academics found that between 2005 and 2007, in the most affluent areas of the West of Scotland, 57 in every 100,000 men were diagnosed with bowel cancer compared to 69 in every 100,000 in the most deprived areas: a difference of almost 20 per cent. It is estimated that if all men were had the rates of those from the most affluent areas, 75 cases of bowel cancer could be prevented every year in the West of Scotland alone.

Mr Oliphant said: “The fall in bowel cancer among certain groups may indicate that where people are making changes to their lifestyle – losing weight, taking more exercise, eating more healthily and stopping smoking – it really does cut their risk of developing bowel cancer.”

It is feared however that the differences in male bowel cancer rates between the rich and poor may also be set to increase due to socioeconomic variations in bowel screening programmes. The Scottish Bowel Screening Programme was introduced in 2007 with the aim of detecting bowel cancer at an early stage, even as a pre-cancerous polyp. However, men from the most deprived areas are the least likely group to participate in bowel screening.

“In addition to higher rates of bowel cancer, lower awareness of the benefits of screening among men from the most deprived areas may lead to widening health inequalities in the years to come when the full benefits of the national screening programme are seen,” added Mr Oliphant. “Therefore it is vital that men from all areas who are invited to take part in the bowel screening programme do so. Future trends of bowel cancer incidence should be monitored closely so that public health strategies to target high risk groups who have low screening participation rates can be adopted.”