Ways to Increase Fruit and Vegetables in Children? 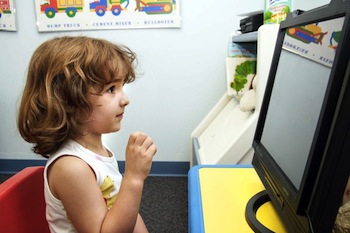 In Scotland, children aged 2-15 years consume on average just 2.6 portions of fruit and vegetables per day, while only 12% of children consume the recommended 5 a day1. Interventions are therefore greatly needed to encourage an increase of fruit and vegetable consumption. Scotland saw the introduction of the Free Fruit in Schools Initiative as part of Hungry for Success, however cost implications prevented continuation of the scheme for many  schoolchildren.

The Journal of American Medical Association reports that researchers have investigated whether vegetable consumption in an elementary school could be increased by placing photographs of vegetables in school lunch tray compartments2. The idea behind this is that children may be influenced to select more vegetables by thinking that this is what other children are typically doing in those compartments. While the relatively cheap ($3 per 100 trays) intervention saw an overall amount of consumed vegetables, the amount consumed per student did not increase.

This may not be an entirely successful intervention in encouraging children to eat their 5 a day, but it has created a scope for research to be further developed to bright ideas to be explored.