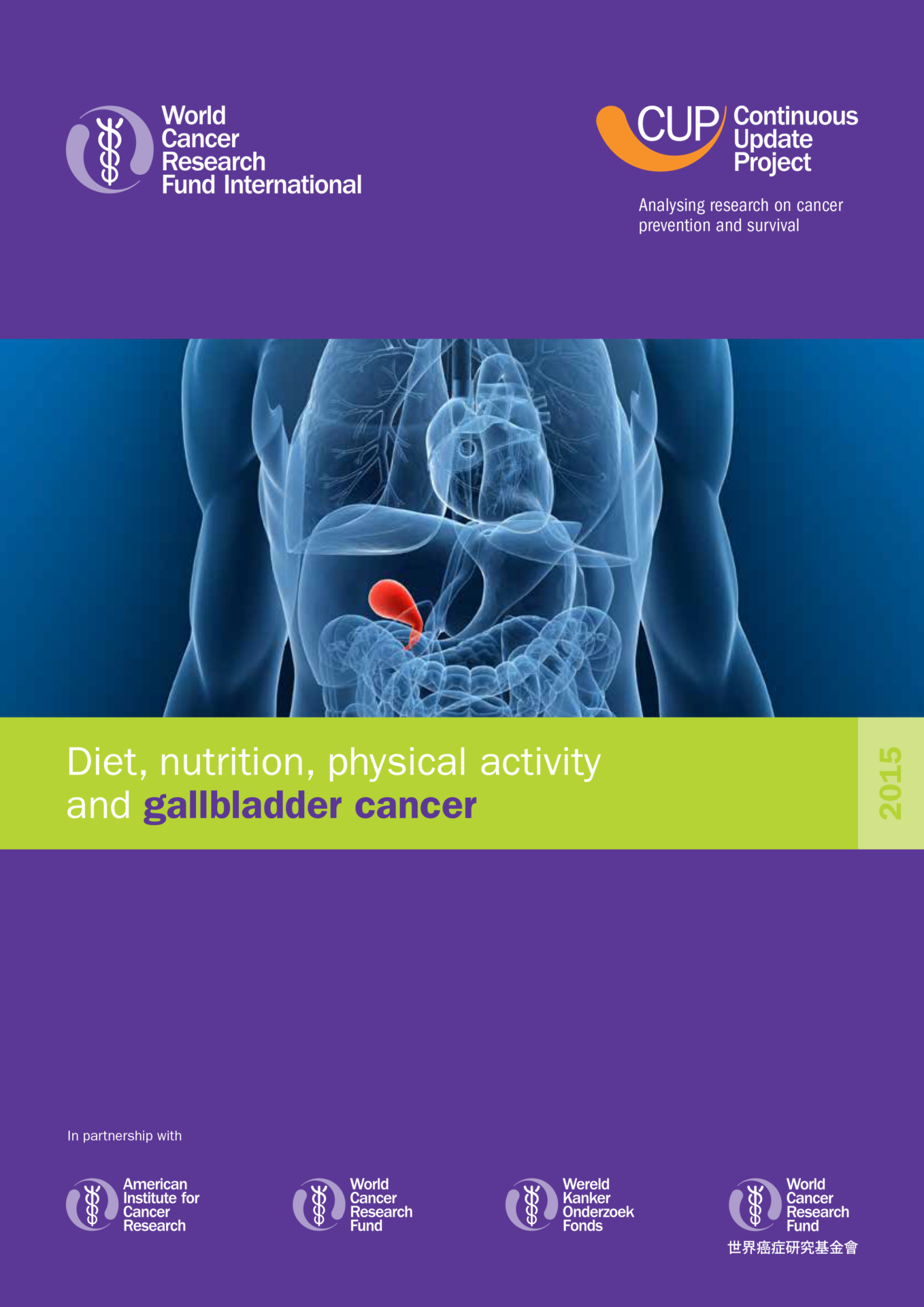 Gallbladder cancer is the twentieth most common cancer worldwide and the seventeenth most common cause of death from cancer. Survival is poor compared to some other cancers, as patients often present late due to a lack of symptoms until the disease is well established.

It is more common in women than men and is particularly common in eastern Asia.

The latest WCRF CUP report on the association between diet, nutrition, physical activity and gallbladder cancer was released in July 2015. [1]

More research is required to better understand this association, but obesity is a known cause of gallstone formation and having gallstones increases the risk of gallbladder cancer. 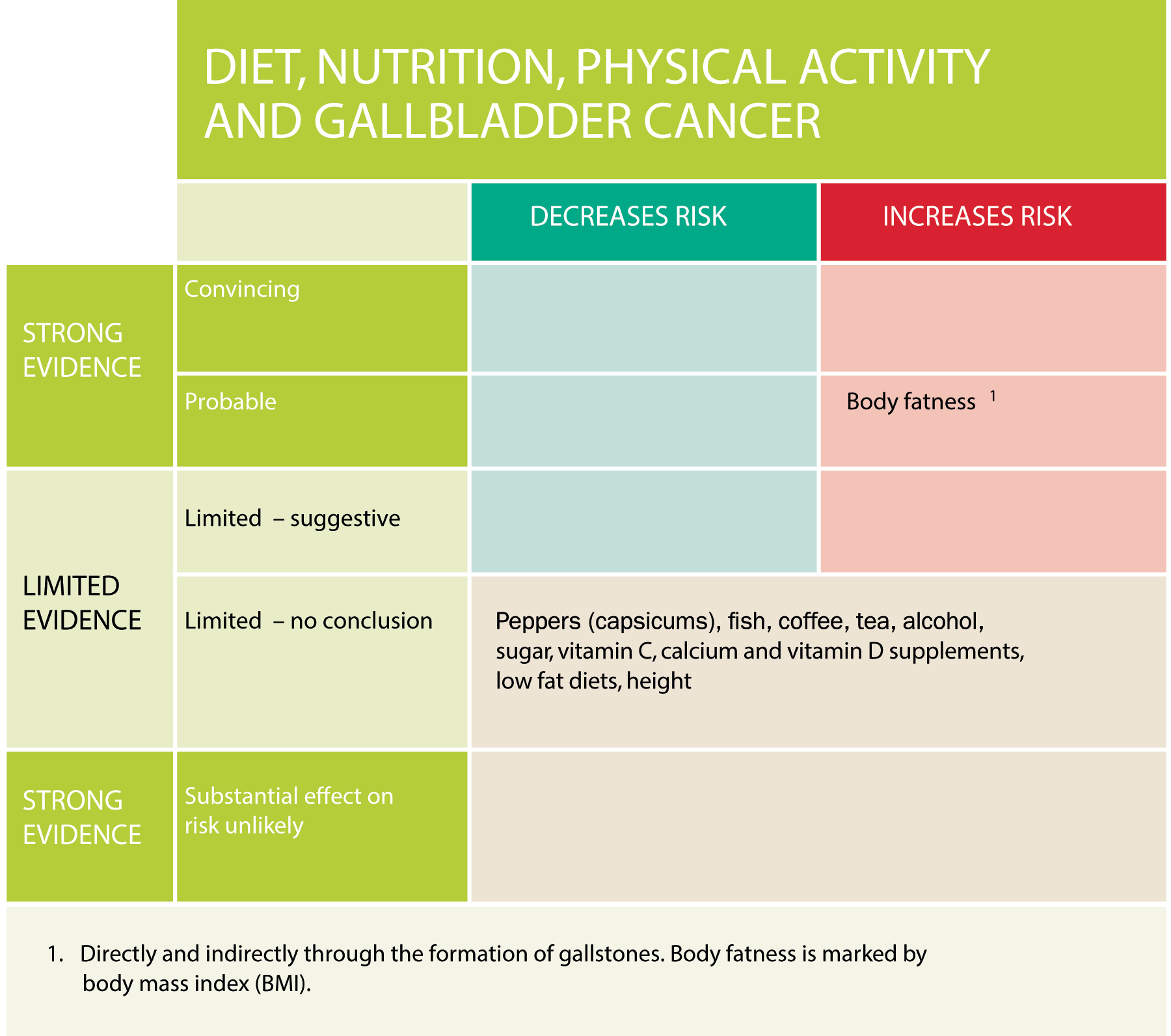 This article was originally published in the SCPN Newsletter Volume 6, Issue 3. Read the full issue here: